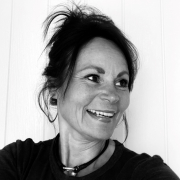 Lindsay Haynes started dancing at the age of 3 years old at the ‘Pitt-Draffen School of Dance’ and later at ‘Parkside School and Studios’ where she gained all examinations in Ballet, Tap, Modern, Greek and National dance.

Following her training and graduation from the ‘London College of Dance’ in both performing and teaching, Lindsay has been involved professionally with all aspects of dance and choreography for the last 25  years. After living and teaching in Munich, Lindsay settled in Nottinghamshire to pursue an opportunity in freelance choreography coupled with Dancewear retail-where for 4 years successfully ran her own business alongside furthering her experience in dance teaching, dance adjudication,choreography and theatre work.

This is when her connection with Tozer Studios began.

After 9 years of teaching alongside former Principal Alison Willett, Lindsay was given the role of Head of School at Tozer Studios back in March 2008. This involved general organising, teaching and choreographing within the school specialising in Modern & Tap. Then in August 2008 it was decided by Alison Willett that Lindsay would become Principal. For Lindsay this is now a full time position, which is combined with running the home and raising two energetic young boys. 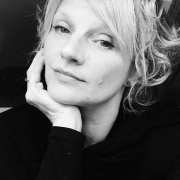 Graduating from The Hammond School Chester 1983-1990 with qualifications in teaching and performing Victoria has followed a diverse and successful career during the past 18 years. She joined the staff at Tozer Studios in 2004 where she specialises in Classical Ballet. This involves preparing candidates for graded and vocational Examinations and choreographing for shows and festivals. Working primarily as a freelance dance teacher, Victoria has worked both abroad and within the UK.

During this time she has been instrumental as part of the advisory panel for Dance as a therapy for people with learning disabilities. As a committee member for the Yorkshire region of Royal Academy of Dance 1994-1997 Victoria was involved in the development of an associate programme and scholarship award. Past students have gone on to attend vocational colleges and are now performing and teaching worldwide. Future plans include continuing her professional development by perusing a post as an Examiner for the RAD. At present she enjoys combining her busy work life with raising her two sons. 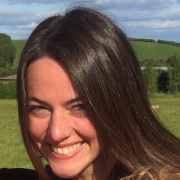 Sarah began her musical training at age five playing the violin. Not long after she was encouraged by her music teachers to begin vocal training, and as a youngster performed as both a singer and in orchestras throughout the West Midlands, as well as completing her classical music grades.

In 2001 she attended the University of Nottingham, where she recently completed her PhD. Alongside her academic studies Sarah continued her vocal training and has performed as a soloist in numerous staged productions, concerts and galas. In addition to teaching both private and group singing classes, Sarah is currently a workshop leader for Opera Start East Midlands and between 2005-2008 was Regional Co-ordinator and workshop leader for Streetwise Opera.
Sarah has also successfully lectured and tutored hundreds of students at both the University of Nottingham and Nottingham Trent University.Sarah joined the teaching staff at Tozer Studios in 2010 & since then has expanded the original 2 group classes into 4 thriving group classes & also incorporates into a full timetable private vocal training for examinations in Music Theatre (LCM examining board). 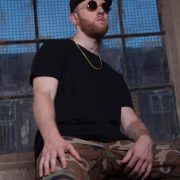 Gareth Woodward, originally from Nottingham, started dancing at the age of 16 when he took his first class at a local studio. He instantly fell in love with the art form and soon began traveling back and forth around the UK attending any classes and workshops he could to extend his knowledge. After countless hours of training, a year later Gareth travelled overseas to Los Angeles for the first time where he trained in numerous styles at Debbie Reynolds Studios, Millennium Dance Complex and later Movement Lifestyle.

At the age of 21 Gareth broke into the industry professionally and in recent years has gone on to work with some of the biggest names in the business including Mariah Carey, Cheryl Cole, Coldplay, Take That, The X Factor and The Voice UK. He has also appeared in commercials for Cartoon Network, Nokia and Cadburys. Performed and choreographed pieces for the Breakin’ Convention Tour in 2009, 20 Twenty Cricket Corporate Events and featured in Bollywood movies.

Throughout these experiences Gareth has had the opportunity to work under top choreographers such as Tony Testa, Fatima Robinson, Kim Gavin, Natrica Bernard and Aicha Mckenzie, gaining valuable knowledge helping him develop, not only as a dancer/performer but as a choreographer and creative artist.
Today, Gareth continues to work professionally in the industry whilst teaching his craft regularly in and around the Nottingham area and in workshops across the UK, with the philosophy that you are forever a student he also continues to study and train feeding this back into his students.Gareth has been teaching at Tozer Studios for over 5 years and has successfully developed the Street Dance technique to a high standard within the school and continues to inspire all the students with his knowledge and skill. 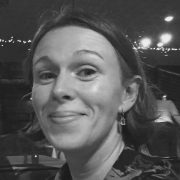 Alison began dancing here at Tozer under the tutelage of the former Principal Alison Willett, where she gained all examinations in RAD ballet and ISTD tap and modern. After completing her PhD in engineering and working for several years in London consulting, Alison returned home to Southwell to raise her 3 children and has found herself back at Tozer. She has recently retrained in Early Years Dance and Education completing several Open University courses and specialising in Dance Teaching, Early Years Learning and Attachment in Early Years. She is thrilled to be back at Tozer and looks forward to welcoming all our new younger students into the Tozer family. 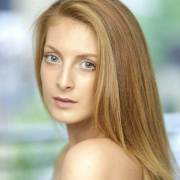 Francesca grew up going to Tozer which fuelled her passion for the Performing Arts. Since leaving Tozer, Francesca studied at the esteemed Urdang Academy in London, throughout her three years training she performed in many theatres around London and at Move It and worked with renowned choreographers such as Bill Deamer, Dean Lee, Arthur Gourounlian and Flawless. After graduating she got her first job with The Tiller Girls on John Bishop’s Christmas Show which performed on the West End Lyceum Theatre and broadcast on BBC One. Shortly after Francesca got a job with Oceania Cruises. Since then Francesca has been able to combine her two passions of performing and travelling where she has worked for Cruise companies Princess Cruise Lines, Oceania and Holland America performing a variety of shows and Ariel work around the globe. When at home Francesca is part of Ultimate Event Dancers and Event Model Management where she has performed at many big corporate events, danced in Geneva and even a Great Gatsby themed show on a luxurious private Yacht in Italy.  Francesca is now about to start her ISTD and DDE teaching qualifications and looks forward to sharing her passion with the next generation.

This site uses cookies. By continuing to browse the site, you are agreeing to our use of cookies.

We may request cookies to be set on your device. We use cookies to let us know when you visit our websites, how you interact with us, to enrich your user experience, and to customize your relationship with our website.

Click on the different category headings to find out more. You can also change some of your preferences. Note that blocking some types of cookies may impact your experience on our websites and the services we are able to offer.

These cookies are strictly necessary to provide you with services available through our website and to use some of its features.

Because these cookies are strictly necessary to deliver the website, refuseing them will have impact how our site functions. You always can block or delete cookies by changing your browser settings and force blocking all cookies on this website. But this will always prompt you to accept/refuse cookies when revisiting our site.

We fully respect if you want to refuse cookies but to avoid asking you again and again kindly allow us to store a cookie for that. You are free to opt out any time or opt in for other cookies to get a better experience. If you refuse cookies we will remove all set cookies in our domain.

We provide you with a list of stored cookies on your computer in our domain so you can check what we stored. Due to security reasons we are not able to show or modify cookies from other domains. You can check these in your browser security settings.

These cookies collect information that is used either in aggregate form to help us understand how our website is being used or how effective our marketing campaigns are, or to help us customize our website and application for you in order to enhance your experience.

If you do not want that we track your visit to our site you can disable tracking in your browser here:

We also use different external services like Google Webfonts, Google Maps, and external Video providers. Since these providers may collect personal data like your IP address we allow you to block them here. Please be aware that this might heavily reduce the functionality and appearance of our site. Changes will take effect once you reload the page.

The following cookies are also needed - You can choose if you want to allow them: